All of the new features introduced this month are free. Please consider unlocking the tavern to help fund this app. I’d rather keep it advert free!

As mentioned in the mid Feb update below, I added 200 extra second names this month.

Also I mentioned the algorithm was complete for the places/points of interest in the city. We thought of a few more so there are over 40 unique places and, as I described, there are various states, features and types those can be so there are over 18,000 of those now.

The last goal to complete this month was the City encounter table which I managed to finish at 2am last night! That was cutting it fine! This table is a traditional random one that can be rolled whenever the GM fancies something to happen!

That’s your lot folks! Next month, I’ll be working on the free features for the Hamlet part of the app which will be a hamlet name generator, points of interest and a random encounter table.

Work continues on the free parts of the RPG Encounter Companion.

Also, I’ve put in the content for places in the city. Currently, there are 38 types but have various variants for the state of the place, a few features and, for mercantile locations, all the various occupations/goods those could be. I believe that gives over 18,000 variants. I’ve written the algorithm for that and will be coding that this week.

That leaves the City encounter tables to complete for this month’s update.

Vicky is working on the characters and events for the plot hooks. We’ve got 100 character hooks but they need to be fleshed out as they are just brief prompts at the moment.

I’ll have a full update at the end of the month.

Rather than release four separate apps, we’ve decided to roll them into one. The thinking being, all you need will be in one central place. With that in mind, we’re changing the name of the app to “RPG Encounter Companion”

We’re going to add four encounter areas initially. “Inn” is complete and we’re working on “City” at the moment. Vicky is working on the city Character/Event Plot Hooks and I’ve been adding free city content.

Then did a bit of research to generate over 650k street names that also come in a few formats.

But what blew me away was the NPC name generator. I had to learn to break down language into vowel and consonant groupings, make up some second names and then combine them with the code from the district name generator. The first name variations came in at over 4 billion combinations! The second name was a lot tougher and I’ll have to revisit that but that was over 1500 variations. So working all the possible combinations together meant that there were over 2 Quintilian combos! During testing my favourite was, “Ooer Noloins of Lonely Lover Wood”! Spin that reroll button a few hundred times you’ll not get a duplicate!

I’ll be back for the February update. Happy adventuring!

The app, RPG Inn and Tavern Companion, has been launched on Amazon, Apple App Store and Google Play. You can read all about it on our new apps landing page: http://www.apps.wolfshield.co.uk

Need to fix the submissions screen which works perfectly but is a bit ugly. Also, will look to add an evening planner to add saved content to and then save as a pdf to be printed and taken to the table or VTT.

Over 53,000 words of content in the end! I am now adding a bit of extra functionality which should be completed by Friday and then the final piece of coding which adds in-app purchasing. It’ll then be tested on multiple devices and, if that goes OK, I’m hoping for a release first week of December.

The app is ready to go from a coding perspective but we have been going back over and adding new content. There is now over 40,000 words of premium material and we’re still not finished! Hopefully soon but we’re not going to rush it as there are no financial pressures to do so.

The vendor of the development software was unable to resolve the Nexus 7 issue but luckily I was able to work it out myself.

The Mac Mini is all set up so I was able to deploy the app to my iPad and the wife’s iPhone with no issues.

Fully registered as a developer for Android (£25 one off fee), Amazon (free) and iOS (£79 a year) now so the app will be released on all three platforms.

Moving on Monday so packing everything at the moment with little time to finish the last parts of the app (rewrite content, create some short scenarios).

There is a strange problem with old Nexus 7 devices (Android v5.1) which show fail messages but not success messages. This is even more confusing in that the success is not a full success as nothing is logged to my log file but it can connect to the php file.

Testing on a Samsung S6 and the test sandbox environment is fine.

Arriving this week is a Mac Mini so testing can begin on Apple products. Hopefully the bug is confined to old Android versions.

Regardless, I’ve posted online to a forum where i hope I can get some fresh eyes on the problem.

On review, some of the quantity is variable with some entries being over 900 characters but others at just over 100 so we’re going through it all again and trying to make everything at least 300 chars.

We’re also trying to think of a fair price to charge for the premium content. $5 means we’ll see roughly £2 so we’ll not be retiring any time soon! Although we’ve been at this app for 100s of hours now, we just don’t feel comfortable charging any more. I guess we don’t have the killer instinct required for business!

The app is still in development but significant progress has been made. The free content version of 150 entries is running on Android, albeit in a basic graphical state though the sound is sorted.

Right now, the premium, wordy, content is going in but we’re at 240 of 450 entries for that so that’s going to take a few more weeks.

The move is set for end of July so the app needs to be at professional level,  fully tested on the top 10 android and ios devices then launched before then. 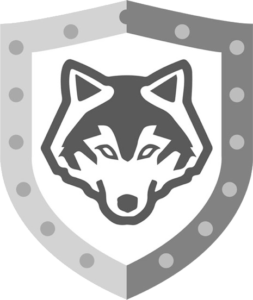